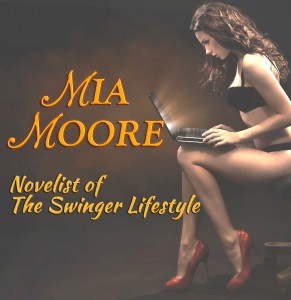 Perhaps the most common problem that comes up time and again on swinger’s forums is the jealousy issue.

Sociologists define jealousy as “… a protective reaction to a perceived threat to a valued relationship or to its quality.” (Clanton and Smith 1998)  Moreover, the more restrictive a society is about sexuality, the higher the experience of jealousy for the people in that society. For example, native Eskimos men would share their wife with a guest visiting them as a form of hospitality, thus experiencing no jealousy.

In the 1960’s, when the subset of Swingers formed within our culture, the restrictive rules regarding adultery for them, were, if not abandoned, then changed dramatically. Couples started to negotiate their own set of do’s and don’ts, when it came to sex with other partners.

In 2007, the ability of Swingers to manage jealousy was noted in the British Journal of Psychology (de Visser and McDonald) which noted that setting of specific rules was the key to managing sexual play.

I’m going to explore the two different aspects of jealousy in a relationship and offer some of my own strategies I and Spike, my husband, have employed.

The most important point I want to stress is that jealousy arising in the Lifestyle is perfectly natural. The uncommon thing is that people like us do pretty darn well managing it. Working through an issue like this is, I think, the biggest contributor to the deep intimacy that Swingers have in their relationship with their spouse or Significant Other.

Okay then, what are the aspects of the Green Eyed Monster?

Well, it has two heads. What I mean is that there are two aspects of jealousy; two shades of green.

One is personal, and the other is relational.

On the personal side, jealousy arises when one of the members of a couple feels inadequate. Personal insecurities about oneself are the root. I’ll set the stage. Imagine Spike and me are at a Meet and Greet. A couple has announced one at a local bar, and Spike and I decide to go. We’ve dressed up nicely, and have our super secret code word that will let others know that we’re from the forum. We arrive, and there’s a group of twenty or so couples there enjoying cocktails, flirting and getting to know one another better.

I look the room over and see a guy who’s George Clooney’s clone. Sorry, but I have a thing about George Clooney. If you’ve read some of my books you’ll see that he pops up every now and then. I elbow my husband, and say something like “Let’s go say hi to those two.”

He looks over at them and says “Nope. He’s too damn good looking for my comfort.”

Okay, what just happened? Spike compared himself to that other fellow and in his own mind and came up wanting. Spike’s focusing on his own perceptions of his appearance, and is intimidated. In spite of what a wise man once said to never compare yourself to others, for you will always find greater and lesser persons than yourself, that’s what Spike did.

Now what do I do?

What I do at times like these (okay, what I TRY to remember to do) are two things. First of all, acknowledge what Spike just said, but secondly, change the focus. The acknowledgement is because I love and respect my husband; and if he’s feeling a little shaky or something and mentions it, I want him to know that I heard him.

The change of focus is my effort to get him out of the headspace he’s in.

“Yeah, he IS handsome. I hope he’s a good dancer, because you are.”

“Yes, he’s handsome, but you have nicer eyes. I wonder what HER favorite movie is?”

My goal is to acknowledge his insecurity, and at the same time, change his focus somewhat. Where the conversation between us goes from there can be anywhere, sure. The important point is a conversation was started.

Now here’s a second scenario. I know that I’m the only woman in the world this has happened to… yeah, right! LOL

We’re at this Meet N Greet, and somehow, Spike and I are separated, and when I see him, he’s on the opposite side of the room, chatting and laughing with a couple I don’t know, and I’m over here, BY MYSELF. And girls, let’s face it- IF HE REALLY LOVED ME…

I’m exaggerating here (a little) to make a point. My point is that in the majority of the cases, the PERCIEVED threat to the relationship doesn’t exist. Yes, Spike did something that I didn’t like. Yes, Spike was a little thoughtless. Here’s the thing- he won’t know unless I tell him.

And when I do tell him (he has a tendency to do this sort of thing, social butterfly that he is) he apologizes and sticks closer to me. We actually have a rule about that, but sometimes people forget or get distracted. That’s why they invented traffic tickets after all.

Setting aside the dynamics of jealousy, whether it is low self esteem or a valued relationship becoming threatened, the common and most effective advice in dealing with jealousy is communication. Whether you are entering the lifestyle or have been a member for a while and are experiencing feelings of jealousy, you have to talk to your partner.

These types of discussions need to be specific; I can’t emphasize that enough.

Here are examples of some rules that Spike and I agree with. I would never go have coffee with the male half of a couple we play with. That’s a rule we established very early on. Obviously, another guideline is to stick close to each other in new situations. A M/G at a new location is an example. Now if it’s the third time or so that we’ve been there, it’s more like getting together at a friend’s home and that guideline can be relaxed.

Here’s a question—if you and your SO were at a club, and a guy came up and asked the female part of your couple to dance, would you?

What if it was a woman asking the male half of your couple?

What if it was a woman asking the gal to dance?

And finally, why or why not would you agree to do so? I’ve given a few examples of things that can and do happen just to sort of prime the pump. BEEE CAWSSSE… as always, it’s the communication between you and your SO that’s the key to enjoyment.

Once you’ve narrowed down the situation or people who are triggering jealous feelings, you can work at creating a framework for play that you are both comfortable with. This isn’t an area where you can take one for the team. Both partners must be honest, open and respect each other’s boundaries.

When Spike and I first got into the Lifestyle, we were nervous and excited. But we each knew we were carrying a can of gasoline with a lit cigarette in our mouth—one wrong move and things can go very bad. Communication, before attending an event is critical for the sake of your relationship, which of course is paramount. In your relationship, you make love with your partner. In Swinging you are engaging in sexual play, a whole more fun than a bridge club for sure, but almost the same dynamic.

Aside from communication, patience and understanding there’s no easy band-aid for the problem of jealousy. It’s bound to come up and it hurts.  What could be worse than leaving a club in a snit, going home to argue for 2 hours, spending a sleepless night and then getting up the next morning to pick up the pieces?

And you tried swinging to enhance your relationship!

Maybe, you stepped too quickly into deeper water and need to take a step back to the comfort zone you both agree on.  In a social setting, there’s nothing wrong with just being with each other or soft swinging.  A HUGE attraction for Spike and I to the first couple we played with was the fact that they were so in love with each other. For a person dipping their toe in hedonistic waters, another couple’s strong relationship is reassuring and disintegrates any niggles of jealousy.

When the talking’s done with love and respect, the playing’s a lot more rewarding. The closeness that you and your SO share communicates to your playmates.

And I love being fucked by a good looking guy!