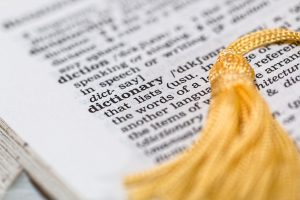 There are a lot of words used in the swinging Lifestyle that you may be unfamiliar with. Here are some of those, and an explanation.

Swingers – Non-monogamous people looking for sexual interaction, at least on some level, with others that are not their spouse. Swingers are most commonly committed or married couples, but singles can also partake in the swinging lifestyle.

Full Swap – Interested in any or all sexual acts, including penetration.

Same Room – Couples who are interested in playing with others but in the same room where they can make eye contact with their partner.

Compersion – The opposite of jealousy. The feeling of excitement and fulfillment for your partner while they play with others.

Ellis (LS) – A universal way of asking another if they are swingers. “Do you know Ellis?” Some also use “Alice”, both sound like “LS”. LS = Lifestyle

Unicorn – A single, bisexual woman interested in playing with and having sex with couples.

Bull – A single man, usually well hung, who is interested in penetrative sex with women, often while the husband watches.

Hotwife – A wife who will have sex with other men, often while her husband is nearby. A hotwife is often insatiable, wanting and needing more sex than her partner.

Monogamish – A couple who attend events to flirt and meet others but rarely play might consider themselves ‘monogamish’, meaning mostly monogamous.

Swingle – A single that wishes to attend a couples event will invite a single of the opposite sex to attend with them, and they become ‘swingles’, even though they attend the event together.

Negotiation – Speaking clearly and plainly about what it is you are looking for, listening to what they want, and agreeing to a plan everyone likes.

Comet – A person that passes through your life quickly and is gone. Comets are popular on vacation, where you may not ever see them again.

Swinger Soup – A pool or hot tub that is full to capacity with swingers socializing, flirting and playing.

We hope this list helps you to understand some of the lingo used by swingers today, and that some potentially resonate with you!